I guess it’s natural that a photographer should also want to scrapbook. I used to complete about three layouts a month—at least until we lost our home to a fire. Then I stopped. I was able to salvage some supplies, and other kind people gave me more. I have a craft room now that the boys have moved into their own homes. However, I have not been an active scrapbooker in five years or so.

Well, I started scrapbooking again—sort of. I’m making a couple of mini-albums. Each year I’ve kept a gratitude list during November. Sometimes, I’ve challenged myself by using the number of the day as the number of things I would list that day. I’m not going to do the math to figure out how many things would be in the list at the end of the month.

This month, I have joined Jacquie Smith for her gratitude challenge. She provides a prompt for each day and a creative way to present the response. I admit that I’m not following her creative prompts so much. However, I am looking through my pictures to find something and I am putting the photographs in a gate fold mini album that I made using product from my stash (and my kitchen). I have not yet written the journaling for each photograph, but I am putting them in the book and making notes in my Happy Planner to refer to later.

Here are some pictures of my book so far. 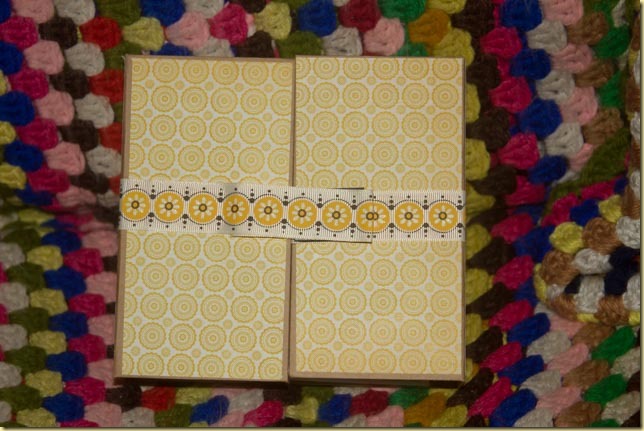 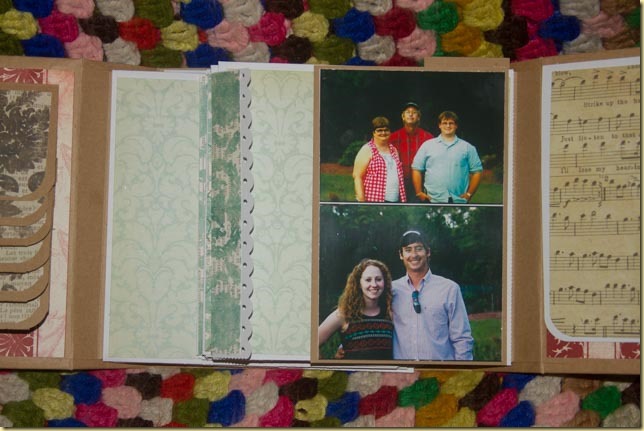 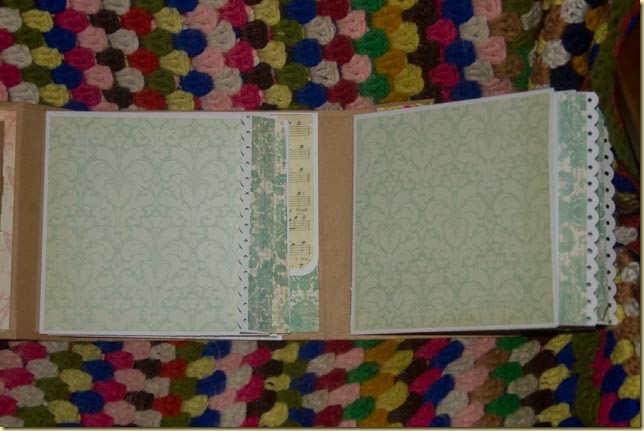 I used the tutorial here to assemble the book. I normally do not use white as the base for a scrapbook page. However I didn’t know exactly what I wanted to do with embellishments, so white provided a neutral base.

There are quite a few little pockets to tuck journaling cards or tags or other things. Each of the six large pages has a two-sided pullout card of its own to use for photographs and/or journaling. Most of the papers came from an older My Mind’s Eye pack (I don’t know the name of the pack, though).

To make the chipboard cover, I used a cereal box, cut to size, covered with Kraft paper, and then glued on some patterned paper. I found a piece of ribbon with a motif that matched the patterned paper and used a piece of velcro to hold the book close.

I am in the process of putting together my December Daily/Journal Your Christmas mini-album now using a different technique. It’s nearly done, waiting to filled during the month of December. These little books are easily displayed and get images off the camera and out of the computer.

One reply on “Scrapbooking again!”

I am so glad you found your way back to scrapbooking. 🙂